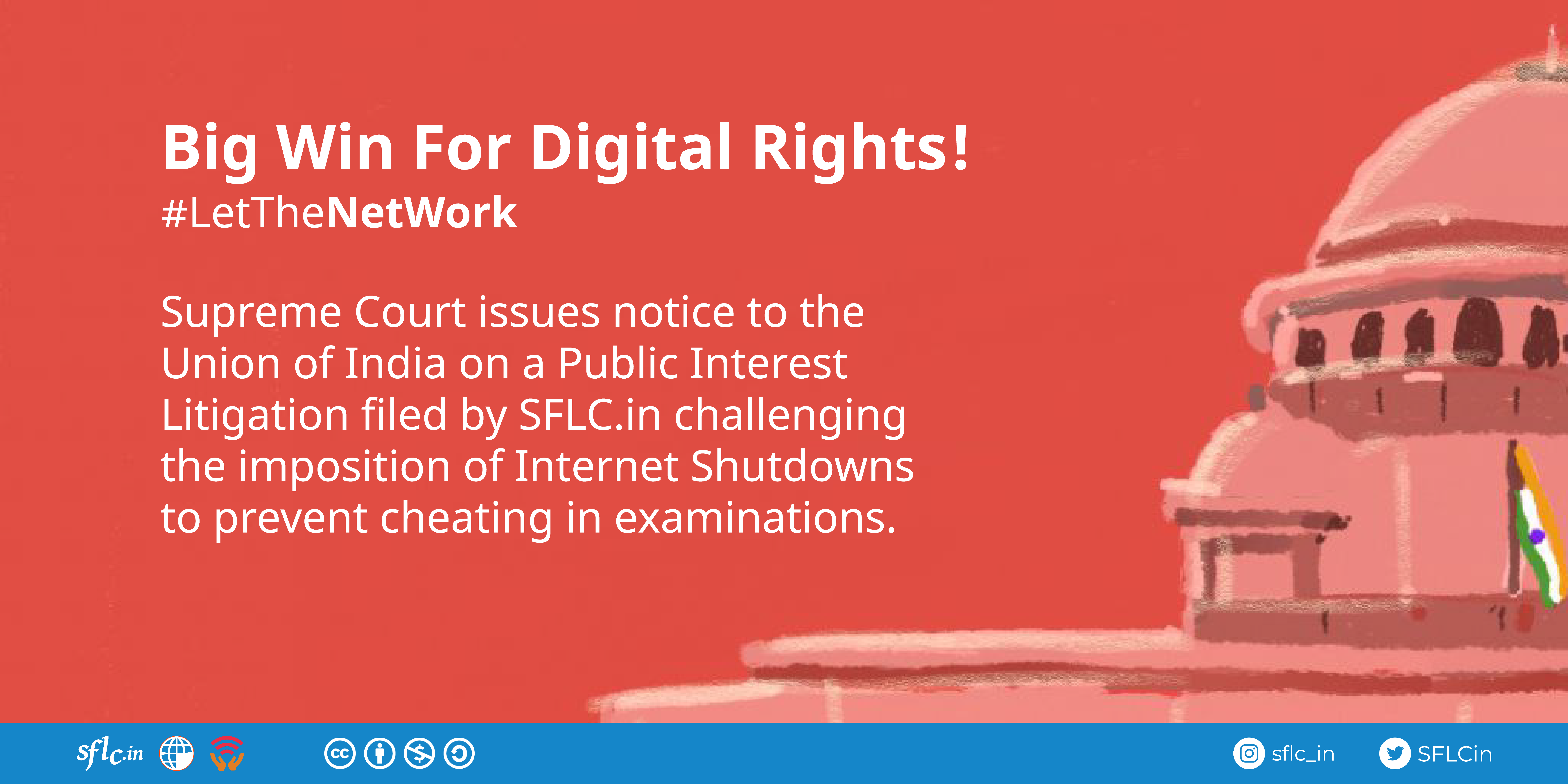 The Hon’ble Supreme Court was pleased to issue notice to the Union of India on a Public Interest Litigation (PIL) filed by Software Freedom Law Center, India (SFLC.in) challenging the imposition of Internet Shutdowns to prevent cheating in examinations in the five states of Gujarat, Rajasthan, Arunachal Pradesh, Assam, and West Bengal today. It was argued by Ms. Vrinda Grover, Adv. that the guidelines issued in Anuradha Bhasin vs. Union of India (2020) 3 SCC 637 were persistently not complied with. The Union of India which was impleaded as a party respondent on the direction of the Court, has been asked to clarify the standard protocol with respect to the grievance raised and the extent of compliance thereto by the States. The Union has been directed to file its reply within 3 weeks. The next hearing will take place after 4 weeks.

SFLC.in had filed a writ petition under Article 32 of the Constitution before the Supreme Court of India against the States of Arunachal Pradesh, Rajasthan, Gujarat and West Bengal challenging the arbitrary imposition of Internet Shutdowns during examinations. The State of Assam was impleaded in the petition as well. India is the leader in imposing Internet Shutdowns gloablly. The phenomenon of blanket internet bans during examinations to prevent copying has become common in several Indian states. Such bans primarily target mobile internet services.

The Petition has been attached below for your perusal.