The first recorded Internet shutdown in the erstwhile state of Jammu and Kashmir was recorded on 26th January 2012 and since then.. Read more
X Close
J&K Shutdown Numbers

Jammu & Kashmir
414
The first recorded Internet shutdown in the erstwhile state of Jammu and Kashmir was recorded on 26th January 2012 and since then the now Union Territory has had the dubious record of having the largest number of Internet shutdowns in India. The now Union Territory has witnessed 3 out of the 4 longest internet shutdowns in India. An internet shutdown was imposed in August 2019, when Article 370 of the Constitution was abrogated by the Parliament of India. It was passed by Presidential order number 272 dated August 5, 2019. The State of Jammu and Kashmir was bifurcated into the Union Territories of Jammu & Kashmir and Ladakh. This was a preventive shutdown imposed in the state which is yet to be lifted entirely. The shutdown in Kargil was lifted on December 2019 but continued in other parts of the union territory. The beginning of the communication blockade saw the restriction of landlines as well as mobile services. The ban on landlines was lifted but suspension of mobile internet continued in the valley. In January 2020, 2G services were restored in the valley for verified users. Only whitelisted websites could be accessed and social media remains prohibited. The services were snapped again the same day on account of security concerns for Republic Day. 2G services for whitelisted websites were later restored in January 2020 at 4 PM. On March 2020, a new order was passed by the administration of J&K which stated that while the whitelist was to be removed, the internet could only be accessed using 2G on verified SIMs. Post that, 4G connection was available only in 2 districts Ganderbal and Udampur The erstwhile state regained 4G connection on February 6th 2021 after 552 days of no to low internet.
Tweets by @NetShutdowns
Tweets by NetShutdowns
Voices From Kashmir - A Student 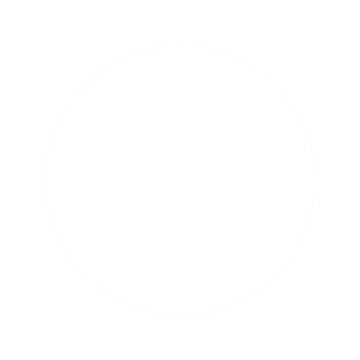 Voices From Kashmir - A Local Businessman

High speed internet was restored in J&K after more than 500 days. This period of shutdown saw citizens struggling to …

4G services were restored in the erstwhile State of Jammu and Kashmir after a period of 552 days.

Students in Jammu and Kashmir have suffered because of a lack of proper high-speed internet.

Research
Aug. 5, 2020
‘Kashmir’s Internet Siege’ by the Jammu Kashmir Coalition of Civil Society (5th August 2020): The internet shutdown initiated in Aug 2019 was partially overturned with broadband and phone services being restored, but the throttling of internet speeds to 2G during the COVID-19 pandemic where online classes, etc. have become the …
June 1, 2018
Jan Rydzak, ‘Disconnected: A Human Rights-Based Approach to Network Disruptions’ by the Global Network Initiative (June 2018): The Report undertakes an analysis of the broader implications of internet shutdowns on economic, cultural, socio-political and civil rights. It refers to the 2016 UNHRC Report on the paramountcy of freedom of expression …
April 25, 2018
'The Anatomy of an Internet Blackout: Measuring the Economic Impact of Internet Shutdowns in India' by the Indian Council for Research on International Economic Relations (25th April 2018): The Report concentrates on economic impacts created by complete, and not partial, Internet shutdowns. It also analyses the impact shutdowns has on …
Supporting Organizations
An Initiative of SFLC.in
SFLC.IN is a donor supported legal services organisation that brings together lawyers, policy analysts, technologists, and students to protect freedom in the digital world. SFLC.IN promotes innovation and open access to knowledge by helping developers make great Free and Open Source Software, protect privacy and civil liberties for citizens in the digital world by educating and providing free legal advice and help policy makers make informed and just decisions with the use and adoption of technology. SFLC.IN is a society registered under the Societies Registration Act, 1860, operating all over India.